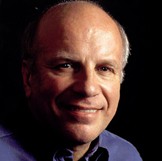 Since the 1960s, Dyke has a long career in the UK in print and then broadcast journalism. He is credited with introducing 'tabloid' television to British broadcasting, and reviving the ratings of TV-am.

In the 1990's, he held Chief Executive positions at LWT Group, Pearson Television and Channel 5. He is most notable for his tenure as Director-General of the BBC from January 2000 until 29 January 2004, a position from which he resigned following heavy criticism of the BBC's news reporting process in the Hutton enquiry.